Arriving in Lombok, Sylvain sees his first cars for two months. But it does not last. We head straight for the village of Senaru, at the foot of the Rinjani, the Lombok volcano, which rises to 3700 meters. Here, there is no question of leaving alone to attack the summit. The path is not very difficult to find, but it is mandatory to be accompanied by a guide. We leave the next day with three other French and one English. Our theory is verified once more: as soon as there is a place back and many pebbles to climb, it is stormed by the French, as in Nepal. This time, we even have porters for tents and food, luxury! Finally, we will realize later that it was not so much luxury that it …

The first day of walking is quite hard: 1500 meters of positive difference in 6 hours is hard. And then after Gili, we are not very good. But the surprise that awaits us at the top is well worth the effort. We arrive in time to see the sunset on the huge crater of the volcano, magic!

On the second day, we descend into the cratere towards the lake that fills it. We stop at noon at a hot spring. In fact, it is more than a source, it is a small stream run through several basins at different temperatures and waterfalls: our first hot shower for months and above the clouds. We go back to the edge of the cratere to sleep before the final climb of the next day.

After the Rinjani, we return to Bali one last time a few days in advance before flying to Australia.

We have time to take a last dive together on the famous space of Liberty in Tulamben east of Bali. very pretty. It’s also fun to dive in the middle of the many divers who are doing their baptism here.

And then we spend a few days in Kuta, one of the world’s surf capitals. Here is nothing of Indonesia, there are only tourists, by the thousands. Department stores of all brands cover the world’s bondees streets.

In the evening the nightclubs are filled with young “crevices” (see Gilou, for over 40 years it does not mean they burst) who are rotated around by countless Indonesian whores. It must be recognized that some are really beautiful. Finally all I dislike well and Sylvain also after the time so quiet we spent on our islands of Indonesia.

I’m happy to leave Kuta, and sad from Indonesia where I imagine living well. Now Australia is going to be very depaysante.

From the Nepalese border, we take local buses. We are the only whites and the people seem more amused, especially since the bus is full and we are sitting on our bags in the driveway. A taxi, two buses and three rickshaws later, here we are arrived in the sacred city. Ten hours to cover three hundred kilometers, or thirty kilometers an hour on average.

From our hotel on the banks of the Ganges, we observe the spectacle of ritual ablutions, snake charmers and children playing in the water. Our guide calls the Ganges poisonous so we do not like them. In the evening we attend the “Puja”, the religious ceremony on the ghats (quays) of the Ganges. The ritual is very precise and the gestures really graceful and millimetric.

Near our hotel is the main burning ghât. It is the place where one burns the bodies on buchers to purify them. Pregnant women children, or dead by cobra bites are thrown directly into the water. We are sometimes surprised to see people floating around.

Inside the city, it’s another kind of show. It’s a kind of permanent Lille clearance sale. Of course, we are offered all kinds of drugs. But drugs are the devil. Not good, it can make you sick.

But Sylvain does not need drugs for that, just a good bacteria. After a few visits to the toilet (nothing unusual in India) he staggers, yellow: “Francis, call a doctor, it’s okay, I do not go down to the toilet, I have more strength.” Not easy with forty of the Turkish toilet on the ground floor. François helps him drag himself to the hotel next door, in a luxury room with integrated western toilets. Some medications, a good night’s sleep and a day in bed and Sylvain is on his feet. Just in time to catch our train to Calcutta.

It is here in New Delhi that I take India for the first time in the face. Sylvain was in Bombay. Because arriving in India is not trivial. We remember his first time in India.

MORE IMPRESSIVE THAN ON TV

I waited with particular impatience to see India. “Incredible India” as the Indian tourism ministry advertises abroad. With what I could see in the documentaries I expected to take full eyes but I suspected the directors to linger on the most impressive.

And yet in truth it is even more so

2 minutes after our arrival still in the airport the person in charge of the prepaid taxis tries to rip us off with aplomb. He has forgotten a good part of our currency.

We ride in my first rikshaw and en route: the overwhelming heat, the smell of spices, the human anthill, whole families on motorcycles, monkeys everywhere, obvious poverty but also sparkling smiles and beautiful Indian sarees colorful …

The first hour has passed and here we are in the streets of the tourites in Delhi completely lost. This street or neighborhood is rather Pahar Ganj. The scenery: a dirt street that buzzes with activity, dubious electrical connections, a white cow forcibly sacred passes in front of us … My eyes are wide, “Is it really there?”

A friendly young person who speaks good English approaches and offers his help to find our way. A few meters further to the suspicious look of a policeman we realize that he is not there to help us but to attract us elsewhere by taking advantage of our naiveté. We go back on our steps it was the good street.

Another few minutes and here we are in our hotel. After the tiny reception we go upstairs. The metal grid floor allows us to see all the lower floors. In our room the sheets are doubtful and the fan that turns crooked only sends us back the burning air.

We are in Ecuador. The only bus leaving here today is only two hours away. So we wait at the border post by talking with the customs, who do not ask for more. There is no crowd here. Nobody else crosses the border during our two hours of waiting. Andrea and Tania take out the mull pot and rotate it. Customs officers are intrigues. They did not know, but they appreciate.

Finally, the bus arrives. In fact, it’s just a 4×4 truck on the board of which wooden benches have been installed. Given the state of the road, it shakes. After a while, we stop in front of a military barracks. A soldier comes out and entrusts his little girl to Tania for the trip. His mother will wait for him when the bus arrives. We arrive at Zumba and quickly get on with another bus that takes us to Loja. We spend the night here before leaving for Cuenca the next day. We spend the day walking around this beautiful city, with its huge cathedral that looks a bit like Istanbul’s mosque.

A beautiful street of Cuenca

Banos, a seaside resort in nature

In the evening, we take a bus to Ambato and we’ll take another bus to Baños, where Andrea and Tania have to meet Chilean friends. The city is invaded by Ecuadorian tourists who come to spend the weekend in this balneaire resort which does not have much charm. I say goodbye to my Chilean companions who leave to volunteer in another city. After a night in Baños, I take a bus to Quito.

I arrive in Quito on a Sunday evening around ten o’clock. If I had a little information, I would have known that it was the worst moment. I share a cab with an American meets on the bus. Unfortunately his hostal is full. I give myself up to leave but everyone here discourages me to walk around the neighborhood with my bags. Apparently, it may be the backpackers area, it really fears the evening. I am also advised not to venture more than two blocks from here.

So I leave my bags here and go looking for a place to sleep. Everything is overpriced in Quito. After a few streets, I meet a group of guys who look at me strangely. They speak Spanish to each other, thinking that I do not understand them. There is one who tells others that security guards are too close. Too close for what? I do not prefer to know it and go straight to the guards. I head for the first hotel I find. On the road I still have time to be offered twice the coke and to make me dock by a prostitute.

After a night in my beautiful expensive hotel, I go find Francois who has found a nice hostal in a quieter area. We leave the same day for San Gabriel, the last city before the Colombian border. Just enough time to fly the camera we had just bought in Peru to replace the one I had forgotten at Cañon de Colca. It was between my legs in the bus, impossible to know how they managed to sting it without me realizing it! 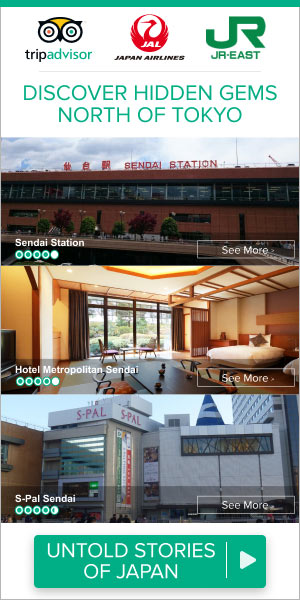 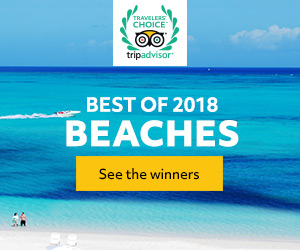